Zone of the Crimson GAMES-PLAMO-FIGURES

END_OF_DOCUMENT_TOKEN_TO_BE_REPLACED

Today, Konami had their pre-E3 conference where they announced a couple of new games. You know I don’t care for most Konami stuff, but the one that counts, there’s some good stuff to be had.

First of all, Kojima himself announced Metal Gear Solid HD Collection! Its been rumored for a while and its finally coming true. This collection will include MGS2, MGS3 and MGSPW HD Edition. In Japan, the game will be MGS2+MGS3 along with  an MGS1 download code included in one box and MGSPW HD Edition in another box. These game will retail in November this year. Did I mention they’re releasing on the PS3 and…360 too? 😀

END_OF_DOCUMENT_TOKEN_TO_BE_REPLACED

I’ll let the images speak for themselves! Kojima-san himself leaked the images via his Twitter. Wonder if this means Play Arts Kai Metal Gear Solid 1 or general MGS line? 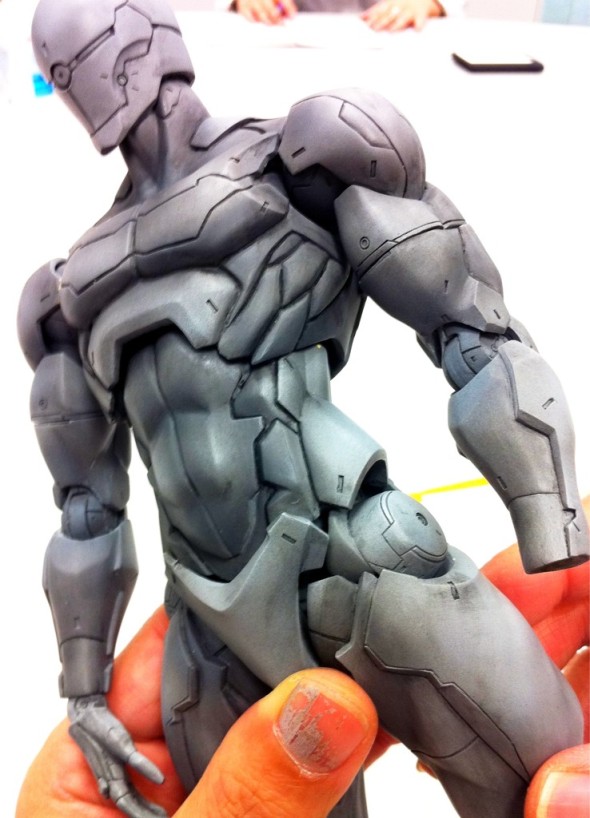 Well sculpted for a prototype!

END_OF_DOCUMENT_TOKEN_TO_BE_REPLACED

In today’s Playstation Meeting 2011, Sony have announced the successor to their first ever Portable console (PSP)! This device is tentatively the Next Generation Portable or NGP for short! Behold!

END_OF_DOCUMENT_TOKEN_TO_BE_REPLACED

Not too recently, I purchased a figurine from AmiAmi, its something I wanted for a few months already and its finally here. Square Enix’s MGSPW Play Arts Kai Snake Jungle Camo. Here he is!

Really nice huh? He looks almost exactly like the game model too, one thing I particularly liked about him. Check out below for the pics!

END_OF_DOCUMENT_TOKEN_TO_BE_REPLACED

Probably around later today or tomorrow morning, I will be receiving a new Snake Play Arts Kai. This one will be based on Snake’s default camo, the Jungle camo! Yeah, its actually an improvement over the Sneaking Suit because its actually has THE STUN KNIFE and A RIFLE. Took their time huh? At least we’re finally getting two weapons essential to Snake in Peace Walker. And yes, a rifle. I don’t have to go out and use a little oversized 1/6 rifle anymore! Anyways back to the actual reason for this post.

As I said, I’ll be getting an updated Snake, so I’ll be temporarily retiring the first Snake so that this new one can have the spotlight in the meantime. So for a (temporary) final shoot, I’m doing a review here of the Metal Gear Solid Peace Walker Play Arts Kai Snake Sneaking Suit.

END_OF_DOCUMENT_TOKEN_TO_BE_REPLACED

Hey guys, I just wanna tell ya that I’m posting this to announce to you that I will be posting something soon in the future. HOW AWESOME IS THAT? A POST ABOUT A FUTURE POST!

Well honestly I wanted to post something but I just can’t seem to write it out so it ended up like this! Anyways, really, do expect something soon XD! Some figurine related most likely. But there WILL be a post soon, just look out for it!

Error: Twitter did not respond. Please wait a few minutes and refresh this page.